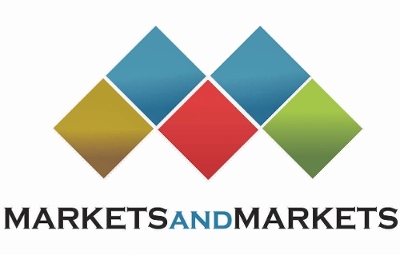 According to research report the global contrast media market is expected to reach USD 5.53 billion by 2022 from an estimated USD 4.57 billion in 2017, growing at a CAGR of 3.9% during the forecast period. Growth in the contrast media market can primarily be attributed to factors such as increasing number of approvals for contrast agents and growing number of public & private diagnostic centres. The increasing number of research and funding activities for research of contrast agents and their applications provides immense opportunities for players in the contrast media market.
Download PDF Brochure: https://www.marketsandmarkets.com/pdfdownloadNew.asp?id=911
Market developments (regulatory and product approvals); agreements, collaborations, contracts, and partnerships; expansions; mergers and acquisitions; and other strategies (divestments, grants, and website launches) were some of the strategies adopted by players from 2014 and 2017. The key players that adopted these strategies include GE Healthcare (US), Bracco Imaging (Italy), Bayer HealthCare (Germany), and Guerbet (France).
GE Healthcare held the first position in the global contrast media market in 2017. The firm has a strong customer base in approximately 175 countries, primarily operating in North America, Europe, the Pacific Basin, the Americas, and the Middle East & Africa. Some subsidiaries of the firm include GE Healthcare USA Holdings, Inc., GE Healthcare Ltd. (Japan), GE Healthcare Biosciences AB (US), and GE Healthcare AS (Norway). GE Healthcare received the Norwegian Medicines Agency’s (NOMA) approval for SONAZOID, a contrast agent used in ultrasound imaging of focal liver lesions. However, with competition in the market and the entry of new companies, it is necessary for GE to innovate continuously in order to keep its technology at the forefront and maintain its position in the market. The company’s robust product portfolio, large number of subsidiaries, focus on customers, and new product launches have also helped expand its share in the market.
Bracco Imaging was the second largest player in the contrast media market in 2017. The company continuously strives to strengthen its market position in various geographies by focusing on receiving approvals for its contrast media products. The company also focuses on R&D and has six R&D centres present globally, in line with this Bracco invested around USD 110 million in R&D in 2015. This investment enabled the company to register more than 1,800 patents in multiple disciplines.
Bayer HealthCare was the third largest player in the contrast media market in 2017. The company provides contrast media products through its radiology business unit under the Pharmaceuticals segment. The company has a strong focus on R&D in its Pharmaceutical segment. In accordance to this, the company invested approximately 15.6%, 16.0%, and 17.0% of its Pharmaceuticals division’s revenue for R&D activities in 2014, 2015, and 2016 respectively. The company has gained a major share in the contrast media market on account of its comprehensive product portfolio, wide geographical reach, focus on organic growth strategies, and constant focus on research and developmental activities.
Get Report Sample Pages: https://www.marketsandmarkets.com/requestsampleNew.asp?id=911
Some of the other players competing in this market are Lantheus (US), Daiichi Sankyo (Japan), Unijules Life Sciences (India), J.B. Chemicals and Pharmaceuticals (India), Spago Nanomedicine (Sweden), Taejoon Pharm (South Korea), Jodas (India), and Magnus Health (India).